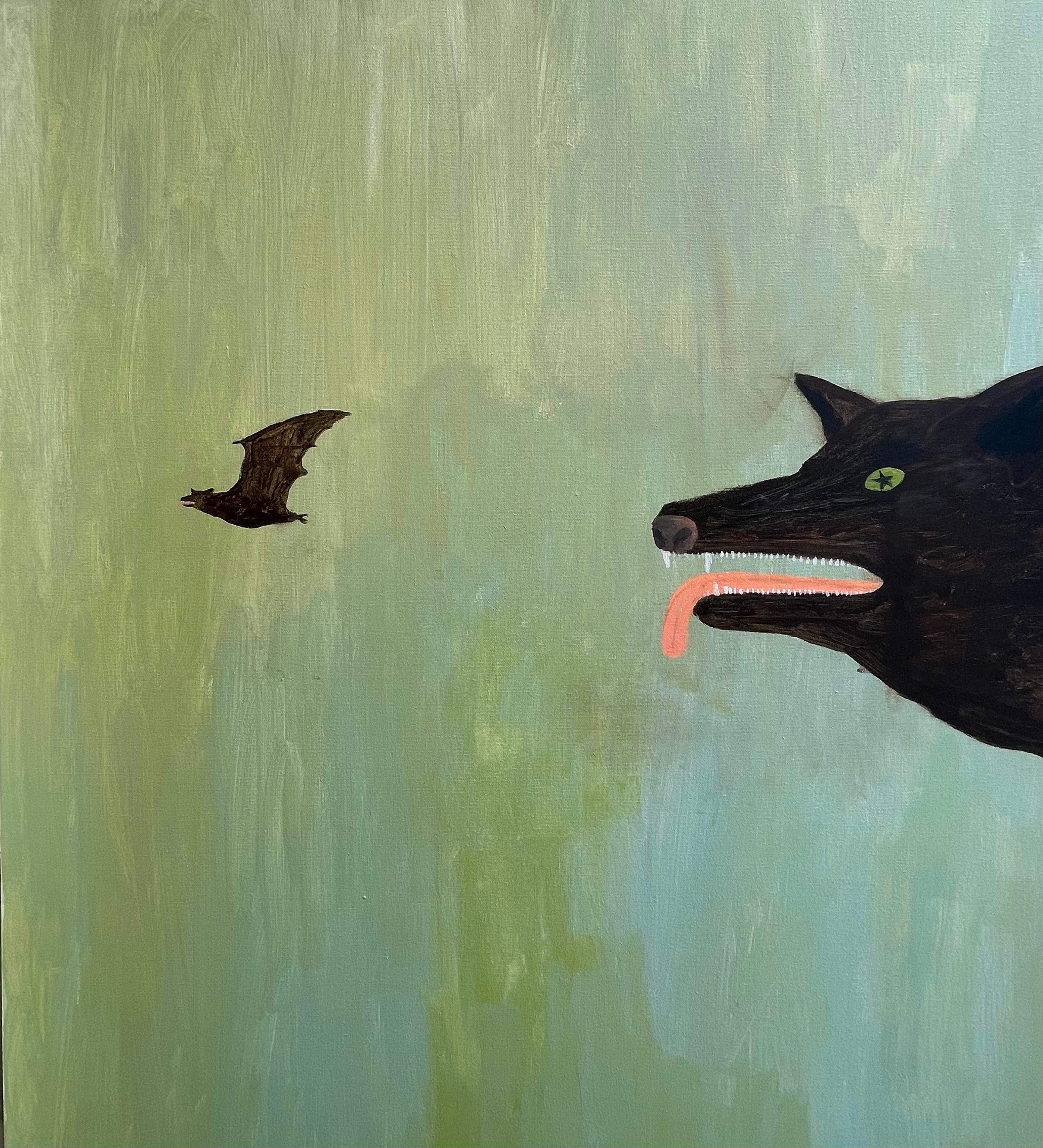 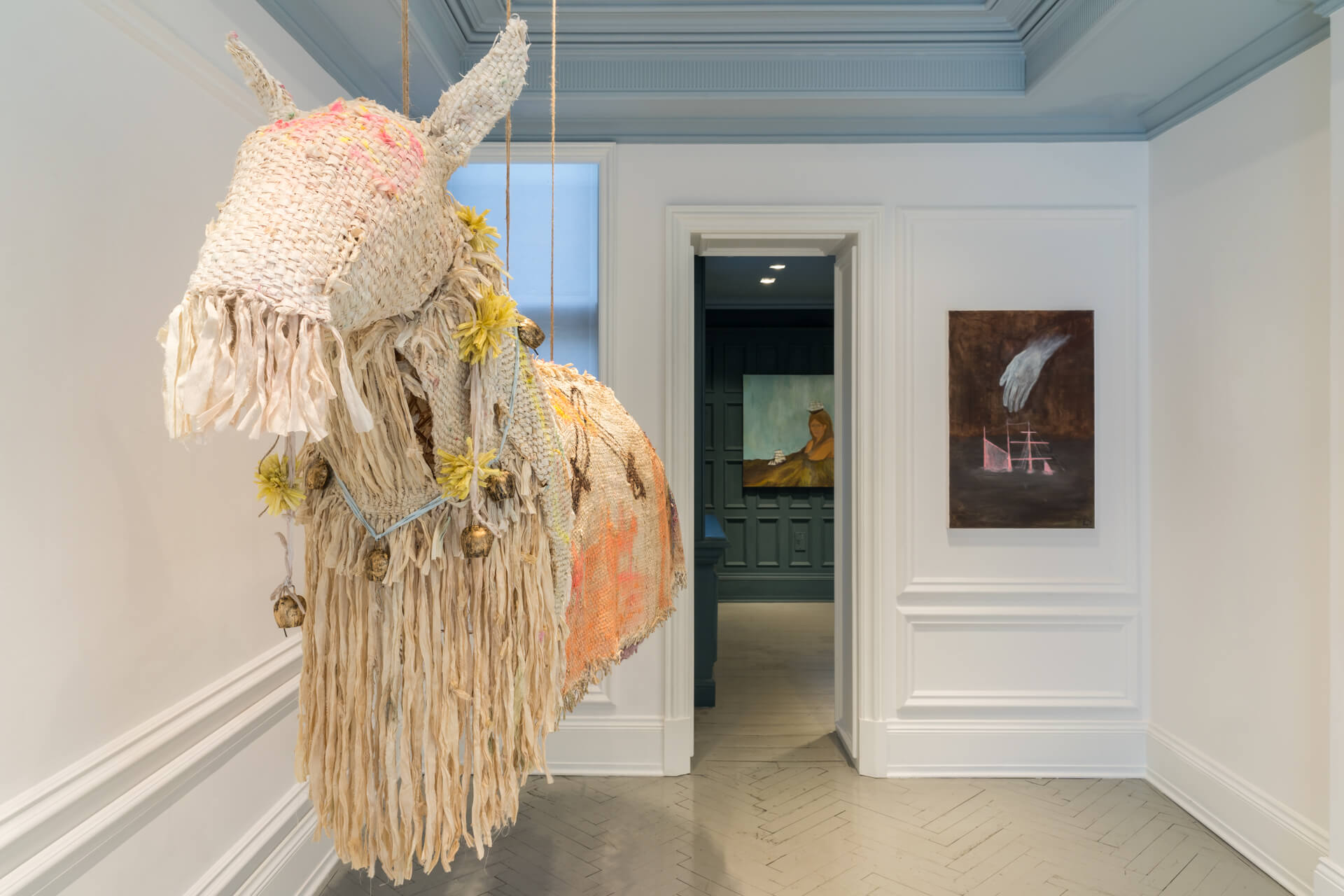 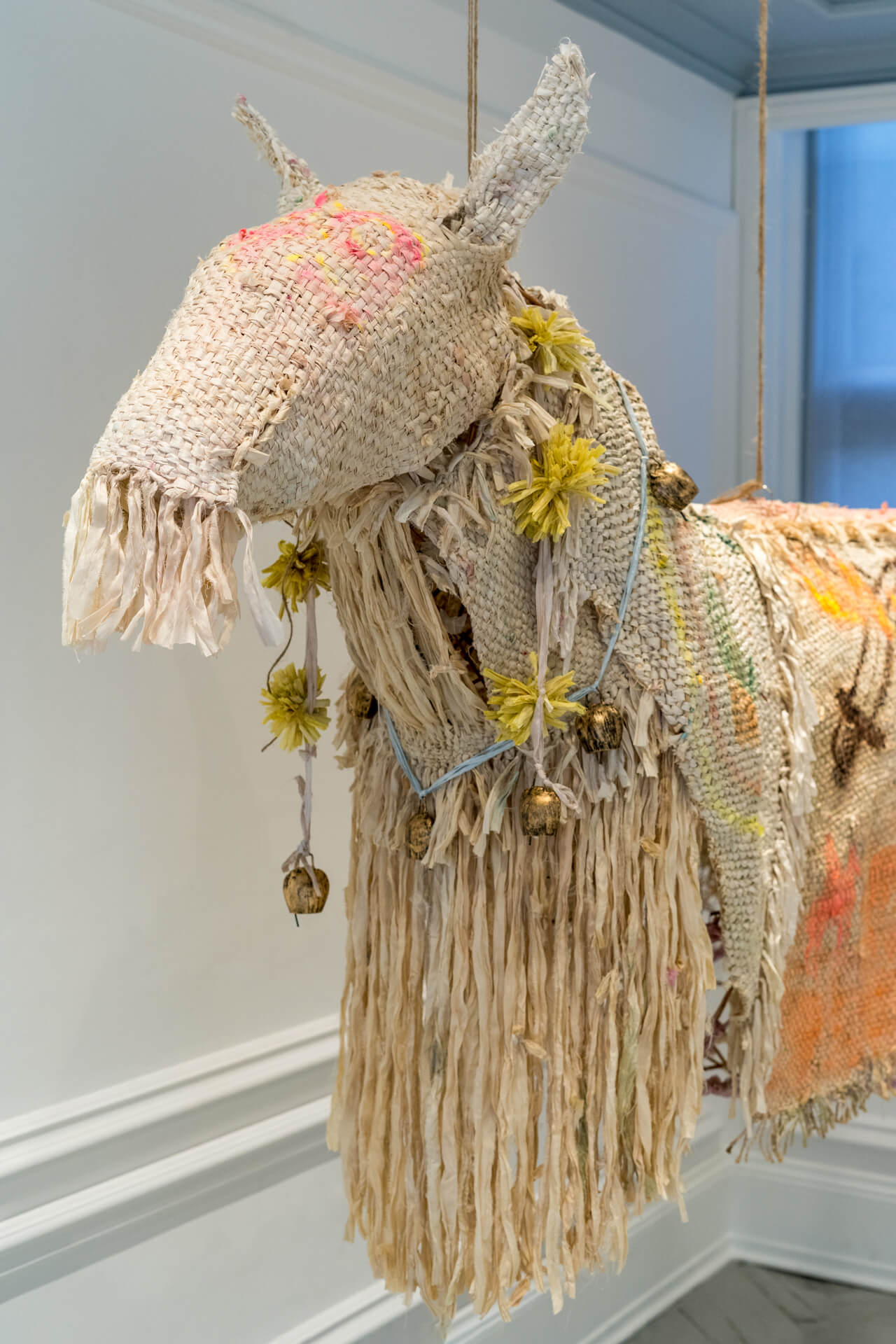 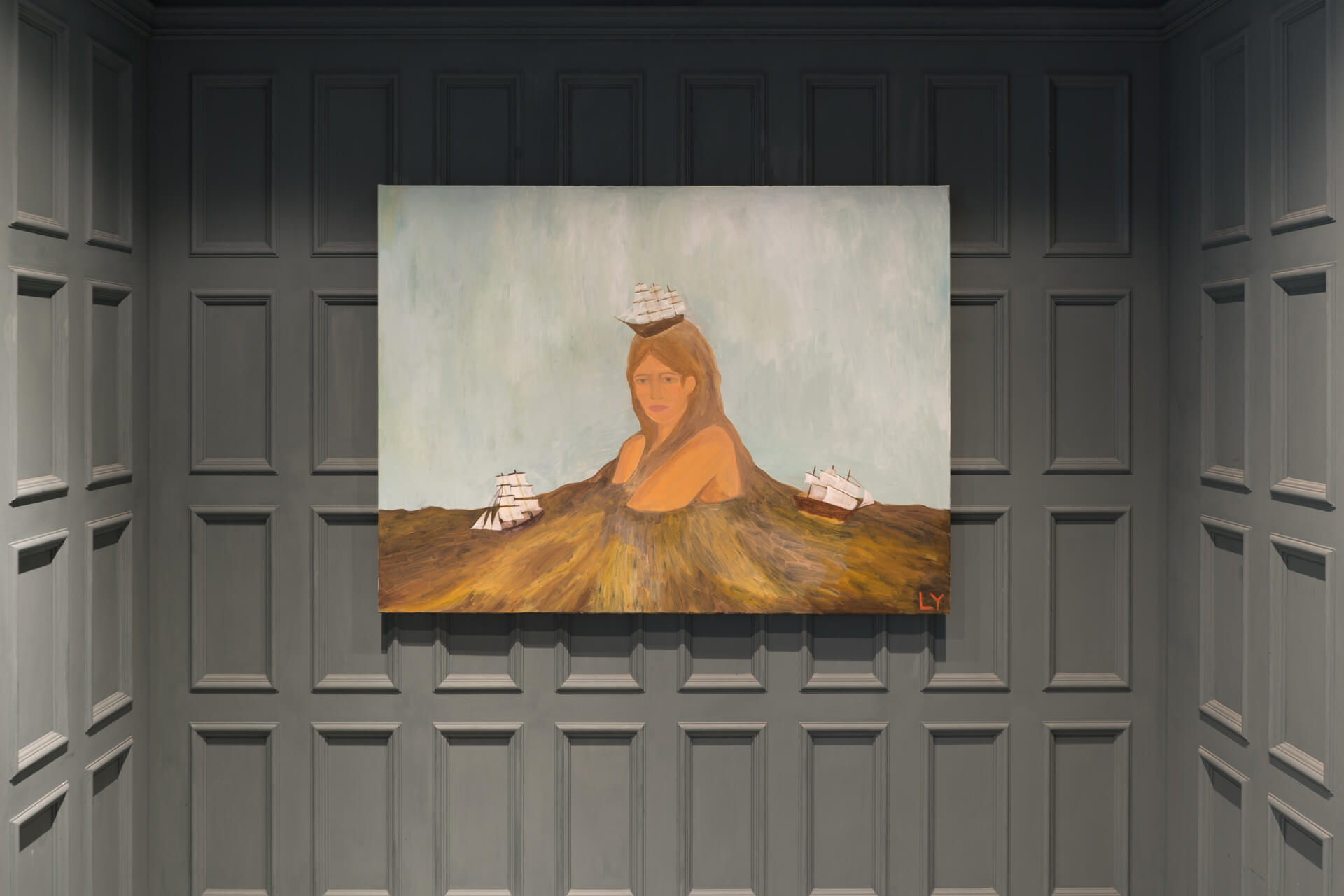 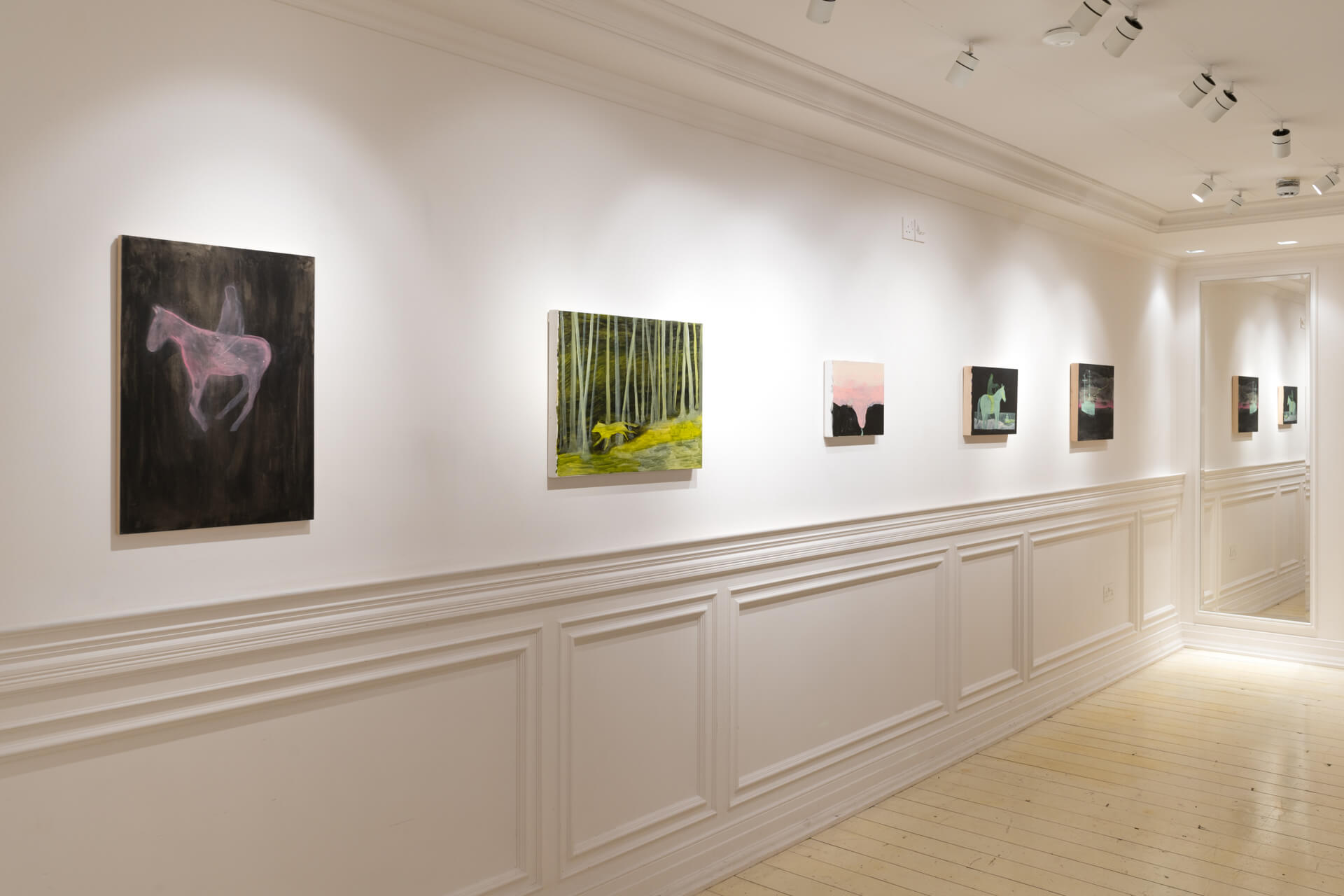 As a third-generation member of the Tibetan diaspora community, Yauch employs paint, tapestry and sculpture to both recollect and reconstruct fragments of Tibetan culture that have been lost through systematic erasure. Many of the creatures, figures and settings in her work are half-remembered, half-imagined while some of the recurring symbols and motifs have grown out of the slippery childhood stories her grandfather has told of growing up in Kham, an Eastern region of Tibet. When memories of an ancestral home fade with each generation, can ‘oblivion’ become a place where echoes of the past reverberate across imagined landscapes?

Yauch considers ‘oblivion’ not as a static state of being forgotten or unknown, but rather as an opens pace the mind can sail into - the uncharted waters of a boundless void. She aligns her understanding with the Buddhist belief that emptiness marks a distinction in perception between appearance and reality, a place where things are not what they seem. In Yauch’s world, oblivion is where menacing and innocent creatures alike come and go, each fighting for opacity as a dream fights to be recollected the morning after. The ferocious bats and wolves that race across Yauch’s canvases are reminiscent of the wrathful deities in Tibetan Buddhist iconography, which, instead of personifying evil and demonic forces, are, in fact, valiant protectors of the faithful, personifying the vanquish of evil.

Recurring throughout Yauch’s work is the image of a horse. The ‘wind horse’ is a sacred animal in Tibet, a symbol of the human soul and a messenger of the collective unconscious; it often appears in prayer flags across Tibet and India. For Yauch, the horse is also a crucial part of the retold memory of her grandfather travelling to India on horseback to seek refuge when, in 1949, China invaded Tibet. In her single sculpture, the life-size body of a horse, with bones of bent willow branches and skin and mane of hand-loomed, painted sari silk, stands suspended, ghostlike, as if just emerged from a distant black night.

From Oblivion, With Love explores this liminal space where the mind drifts away from the body and into memories, dreams, and imagined realities. She wonders, ‘Are we all destined for oblivion? And, as ominous as that sounds, wouldn’t we at least be in good company?’

Losel Yauch is a Tibetan-American painter and textile artist. Born and raised in New York City,Yauch moved to London to complete her BA at Central Saint Martins where she received the NewFutures Graduate Art Prize upon graduating in 2022. Recent exhibitions include Wells Art Contem-porary, Somerset (2022), Saatchi Art’s The Other Art Fair, London (2022), and Lazy Susan Gallery, New York City (2019).