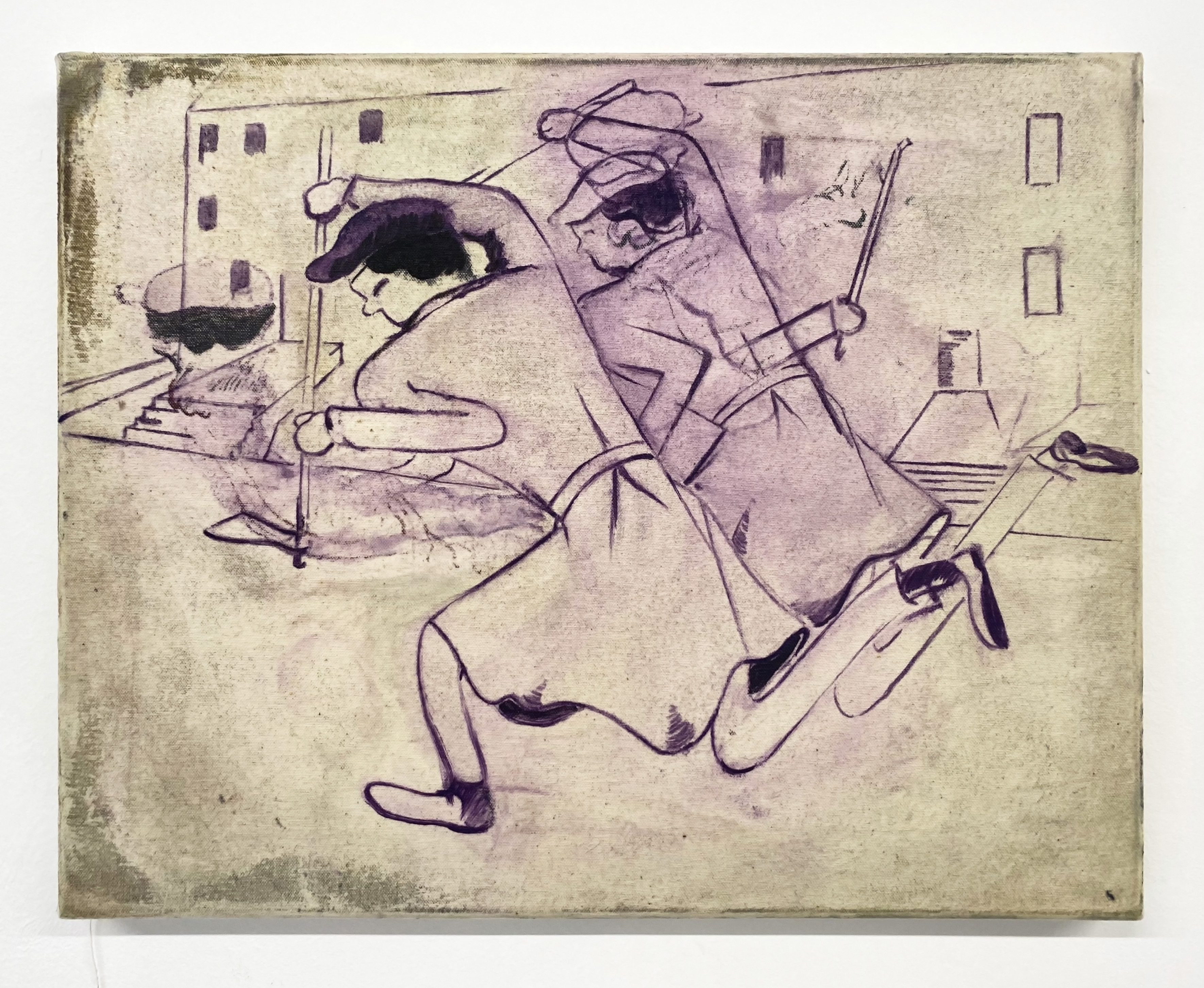 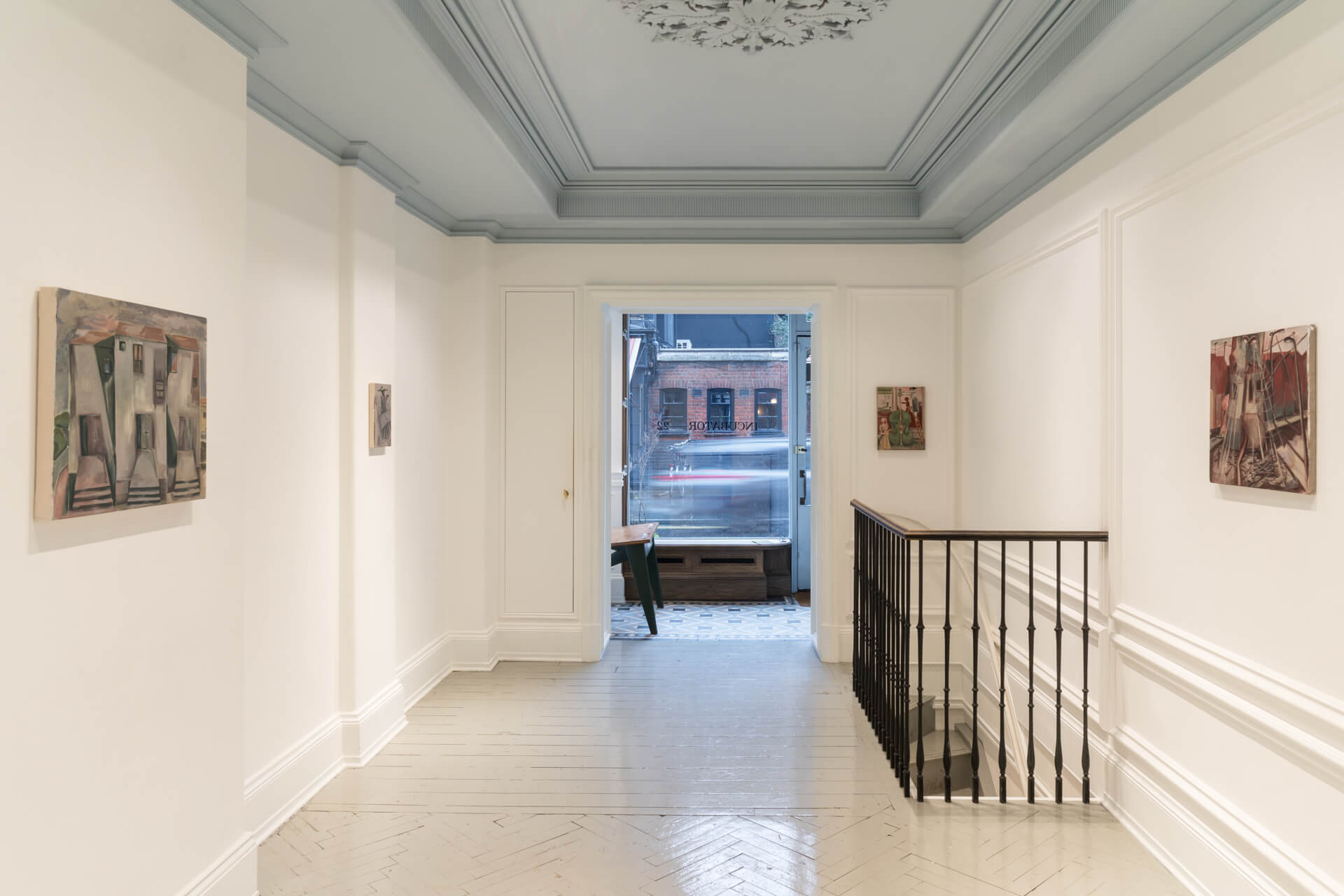 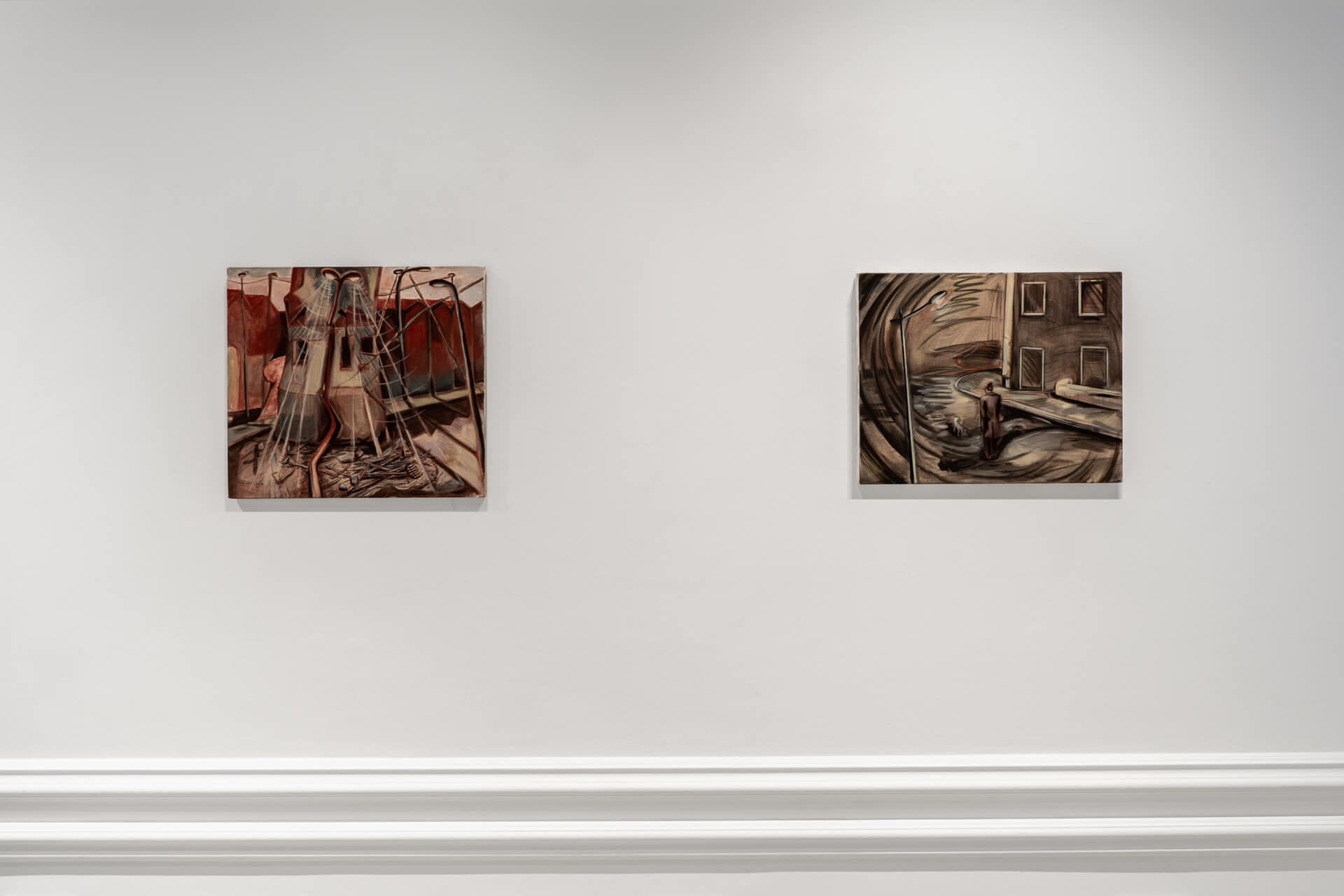 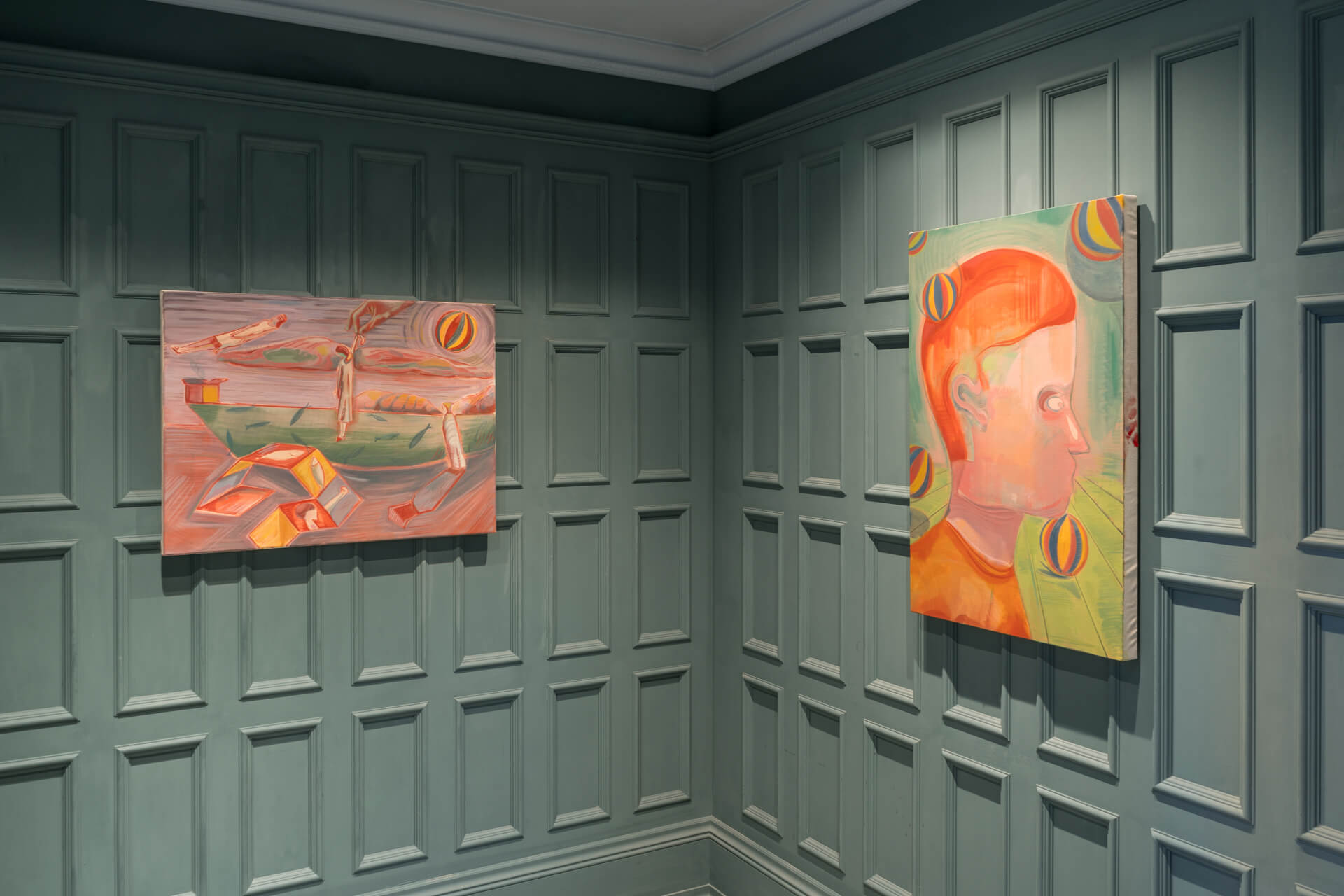 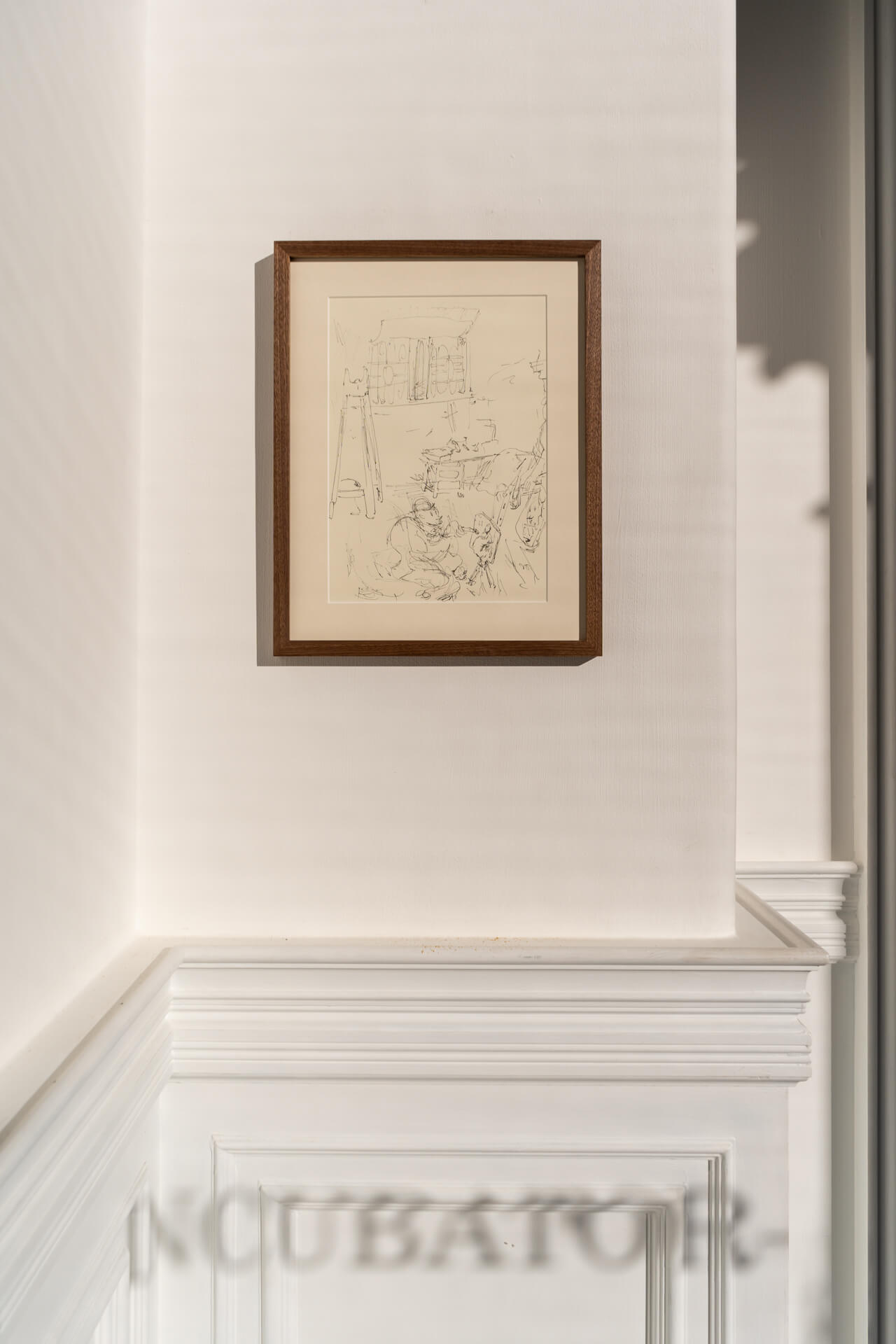 Incubator 22 is proud to present Outskirts, José Rafael Mendes’ first solo show and the fourth exhibition of our autumn programme. Mendes’ practice is concerned with the imagination.  Mendes is interested in the idea of painting as the material thinking that renders visible the processes of the imagination; as the midstream or line of dissolution, whose gesture performs the physical reach to the external world. In doing so, Mendes blurs the borders between worlds, the self and the other, and between the animate and inanimate.

As processes for inquiry and invention, painting and drawing are concomitant with the imagination. Imagining locates our sensitivity at an interval, it de-centres the self in between the subject and the longed for. In this desire for otherness, to be many, imagining is self-sacrificial; it is a collective rather than an individualist endeavour.

Generally small in scale, Mendes’ work employs a range of representational subjects. Street scenes and room interiors are populated by groups of mysterious figures and objects. Some figures appear engrossed in activities while others are faced away, suggesting a state of self-reflection. Memory and imagination are coalescent here and that is manifest in the weaving together of different times and spaces, and in the mediation between external and internal images, fact and fiction. The figures in the work are never stable, instead there seems to be a slippery way in which things move from one state to another.

José Rafael Mendes is a Portuguese painter, living and working in London. He received his BA at Wimbledon College of Art in 2017, where his work was selected for the Bloomberg New Contemporaries. Mendes completed his MA in painting at the Royal College of Art in 2021 as the recipient of the Leverhulme Trust and the Gulbenkian Foundation Arts scholarships.