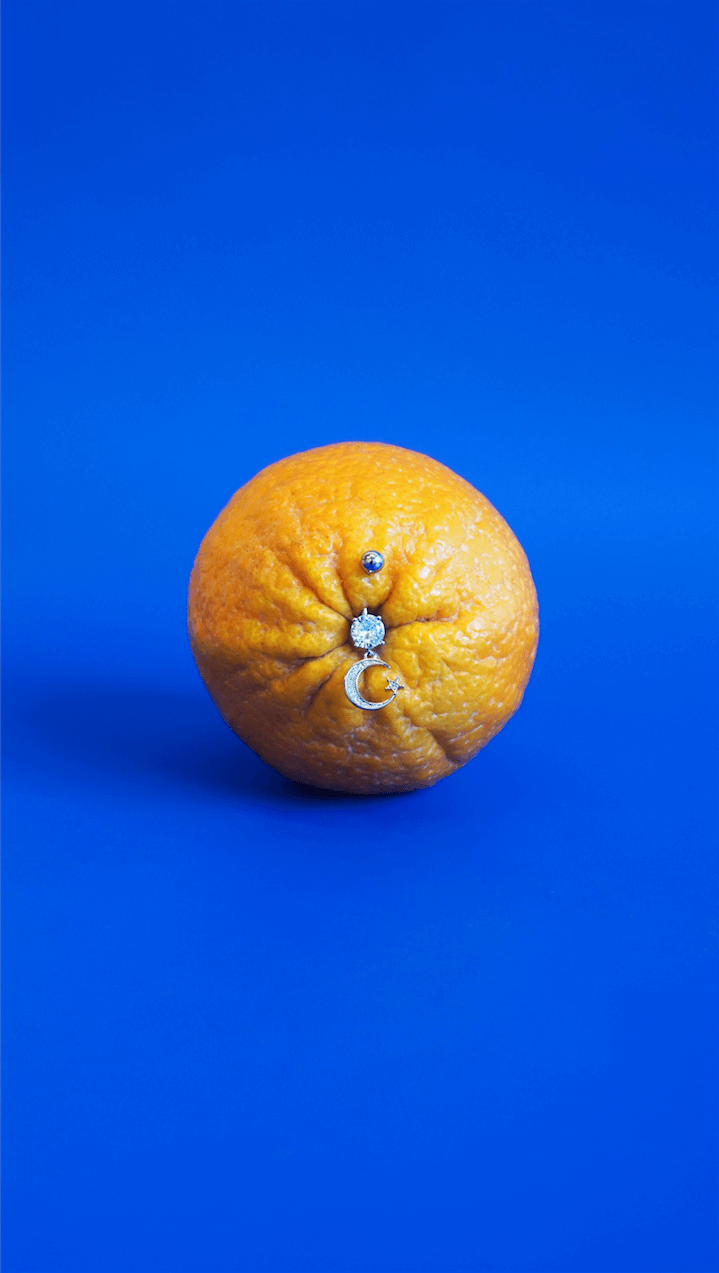 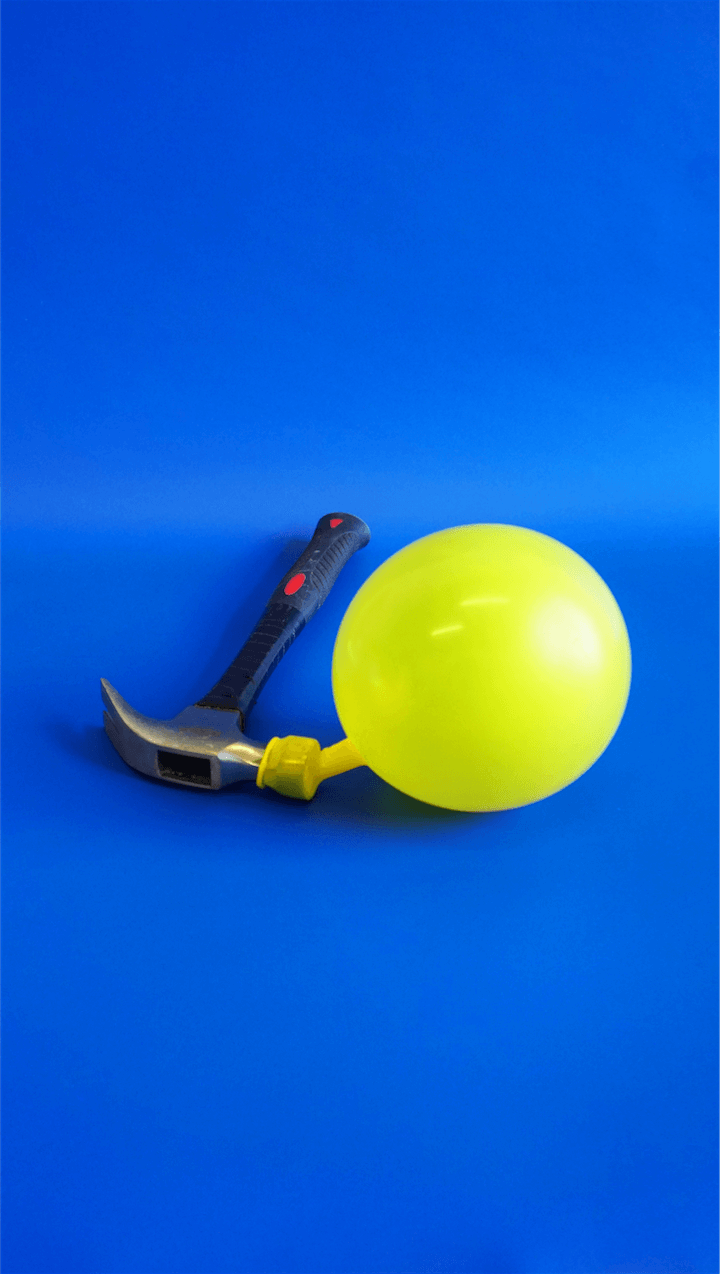 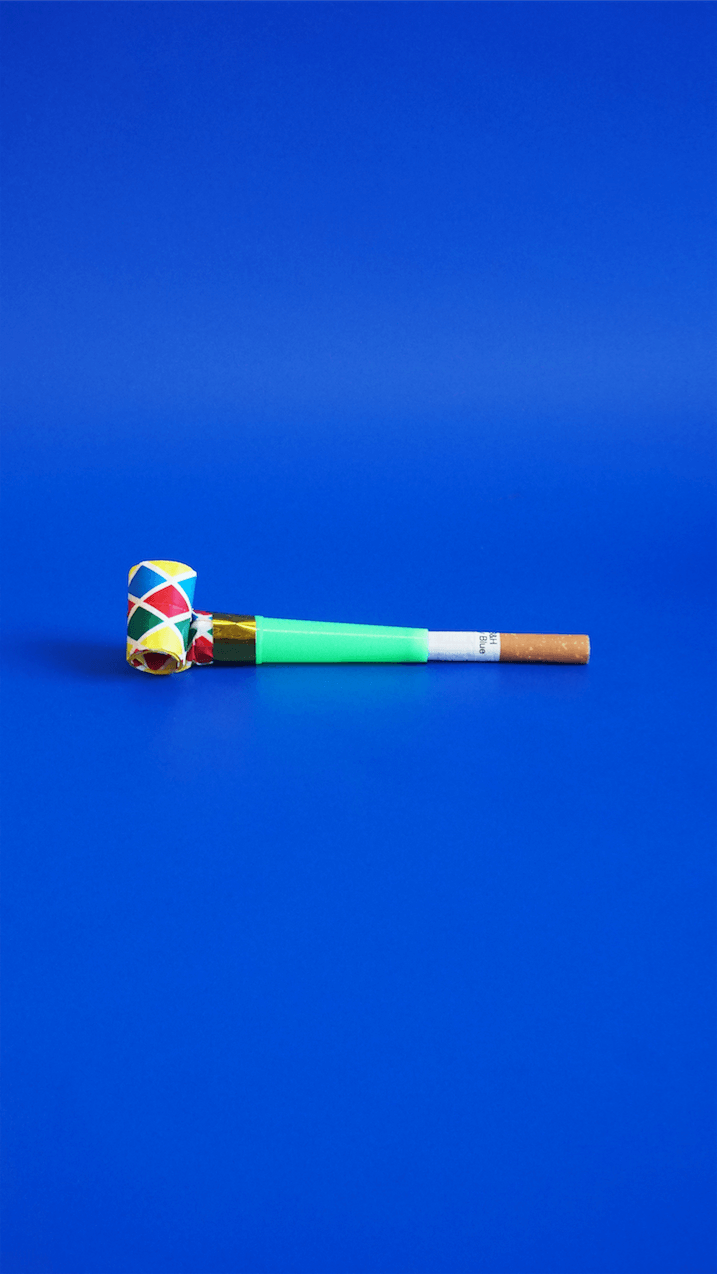 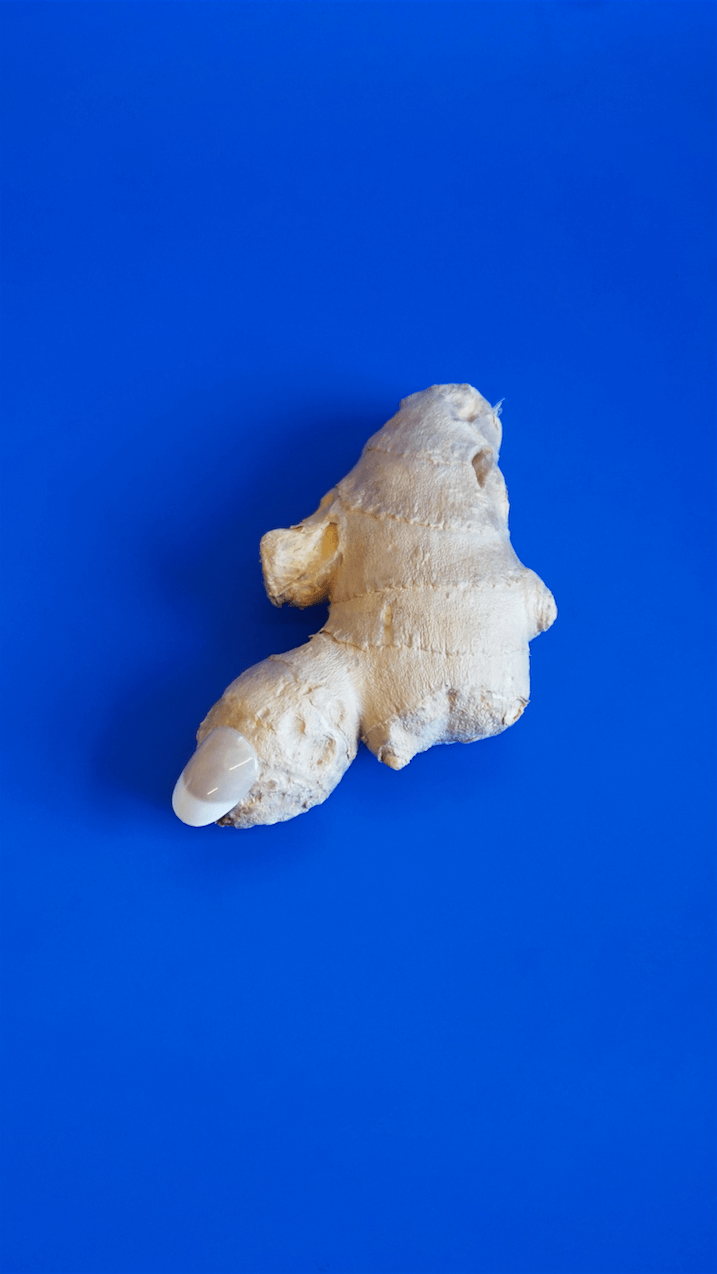 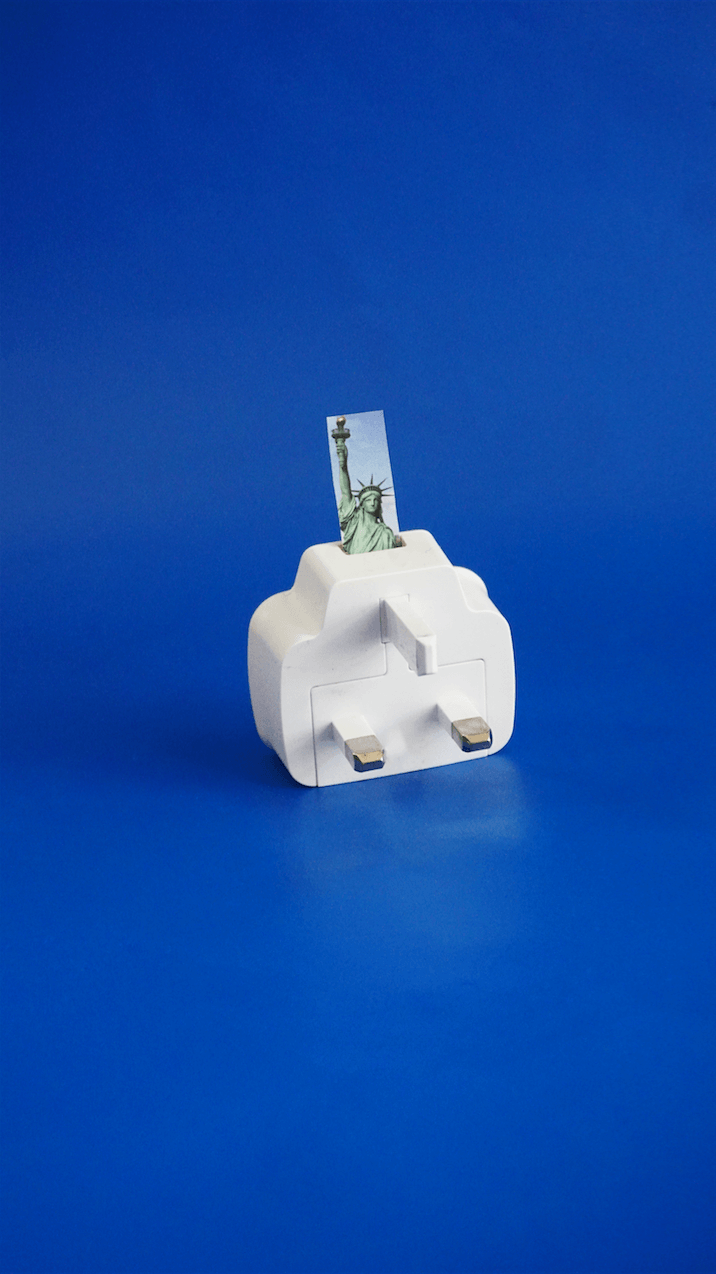 In two artistic languages Hastrup unearths the transcendent potential of everyday objects with her distinct paradoxical poetry.Ideas and forms are radically and playfully recast in Hastrup’s hands into multiple visual, spatial and aural dimensions.

The ground floor installation, ‘Rain Curtain’, is a delicate veil, dividing the room and painstakingly constructed out of a translucent plastic sheet, hung from above and punctuated by around 32,000 coloured pins. The work is both evanescent and ethereal, there and yet not there, shimmering and shifting with movements in the room and occasionally the sharp, overlapping prongs of the pins clatter softly, evoking the percussive sound of rain.

Downstairs, Hastrup’s ongoing series of ‘Instant Sculptures’ transforms ubiquitous objects, often humorously, into hybrid sculptures that transcend their use and challenge our dominant perception of what these objects might already represent. By photographing these works, Hastrup emphasises the transitory or immaterial nature of the sculptures.In these forty-three photographs set against a blue backdrop, a pair of green scissors sprouts from a pot of soil, a scone becomes the granite face of Mount Rushmore and a party horn attached to the end of the cigarette waits to be puffed.

In these two bodies of work, Hastrup’s process of repetition and use of quotidian objects not only imitates certain defining traits of late capitalist society, but provides imaginative ways at looking at the seemingly familiar.

Clara Hastrup is a London-based artist. She graduated with a BA (Honours) in Fine Art – Painting/Printmaking from Glasgow School of Art in 2016 and received a Post-Graduate Diploma in Fine Arts from the Royal Academy Schools, London in 2021.